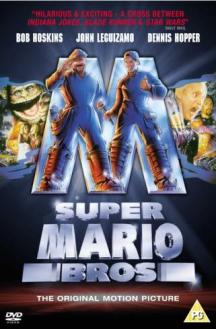 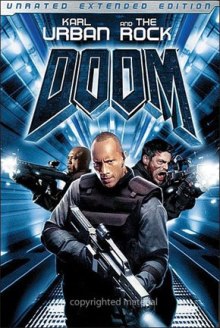 There is a new video-game inspired movie on the horizon – Assassin’s Creed.  The games are excellent.  I was recently asked if I thought this will be a good movie, and I think it has the potential to be.  The game has a really interesting plot that can lend itself well to the big screen.  However, this usually isn’t the case.

Video games and movies have long had a love-hate relationship.  What makes a good movie often doesn’t translate to a good game, and what makes a good games really doesn’t work very well as a static movie.  There have been some exceptions – I enjoyed Doom, although many will tell you it sucked.  The Tomb Raider movies haven’t been terrible and even Resident Evil was ok.

Then there were movies like Super Mario Brothers, which was just terrible.  They tried to make a movie out of a game that really doesn’t have a story line outside of “the princess is in another castle”.  I know World of Warcraft came out recently as well.  I haven’t seen it, but I really don’t have any interest to, either.

Often times the games that are based on movies are just ok.  They are generally licensed games that are designed to make money as a supplement to the movie.  Not a lot of effort goes into them beyond that.  Pretty much every movie-game I can think of fits this – Wall-E, Lord of the Rings, Pirates of the Caribbean, etc.  The LEGO versions of games are usually pretty good, however.

Animated TV shows usually make fairly good games as well.  The Simpsons has a long history of decent games and the most recent South Park title was a good one.  Family Guy has had ok games.  Of course, we can’t forget Pokemon, Dragonball-Z or Naruto, either.