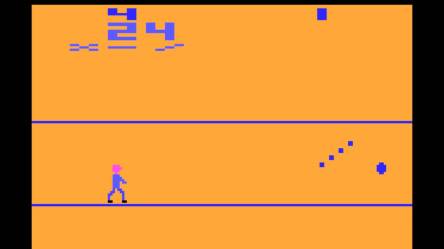 Matt and I started our real-life bowling league last week, so I figured I’d celebrate by talking about some bowling video games through the years.  For the record, I’m a much better real-life bowler than video game bowler.  As usual, I’m only focusing on games that I’ve actually played.

My first video game bowling experience was called “Bowling” on the Atari 2600.  That’s the image above.  It was pretty simple.  Line up your bowler and throw the ball.  It made some interesting sound effects and the ball moved about as fast as a 5 year-old can throw it, but it was bowling.  I don’t think this game was able to keep my attention for too long. 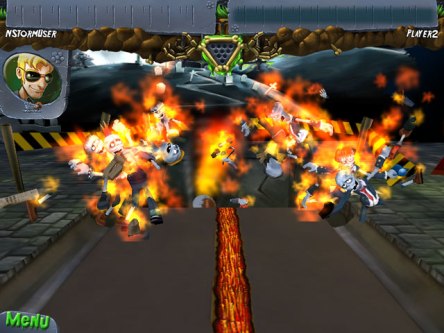 Next up we have Zombie Bowl-a-Rama for the PC.  This was a fun game where you could inflict all sorts of carnage on zombies walking your way in an alley.  The “bowling” aspect of it can be applied loosely as you’re really just throwing stuff at zombies.  It might look a bit bowling-y, but it seems to lose something in all of the fire.  Still, it was a fun game to play once. 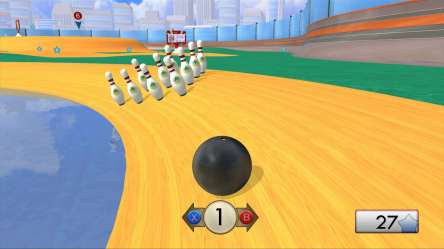 Next is Rocket Bowl on the XBox 360.  I really enjoyed this game and still play it from time to time.  As you can see in the image above, it’s not your typical bowling game.  The lanes are warped, there are water hazards, hills and collectibles to get as you play.  You don’t even have to hit the pins on the set you’re aiming at, either.  The “rocket” comes from the fact that your ball can be motivated in a rocket way in different directions.  Fun! 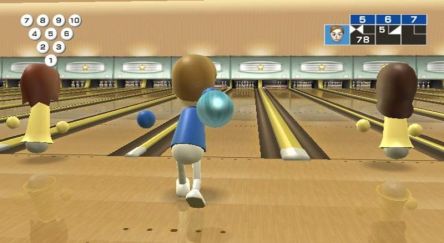 This wouldn’t be an article about bowling games if we didn’t include Wii Bowling.  I did have a Wii for a while and I did enjoy this game.  The motion controls were new and innovative and just worked well with bowling.  True story.  A friend and I created a local Wii bowling tournament for senior living facilities and everyone had a blast.  Here’s a video of our event.  Yeah, I still have the shirt:

My final bowling game of the day is Kinect Bowling for the XBox 360/One.  I am terrible at this game.  I can never seem to aim in the correct spot.  It’s still fun and uses motion controls, but damn I suck. 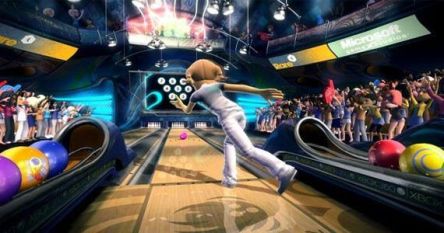 Are there any bowling games that I’ve missed that you have enjoyed?