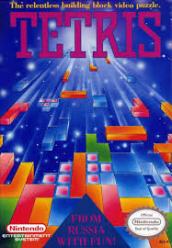 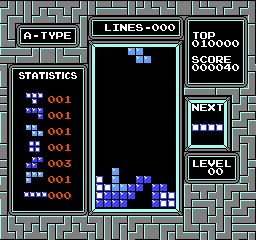 This was the game that started it all, folks.  Video games had been fun, leisurely things to help pass the time up until this one.  It’s Tetris, the first uber-addictive game, at least in my world.  I was in sixth or seventh grade when we rented this one for the NES.  I remember distinctively because my cousin Nikki was spending the night, which was normally a really big and fun deal.  This game made me all but ignore her.  My mom tried to pry me away without much luck.  It was the first time I remember feeling addicted to something.

The game is really simple and I don’t have too much to say about it.  You line up the pieces and complete lines to clear them.  The more you clear at once, the higher your score.  Your goal is to keep playing for as long as you can.  It’s been done on every platform since its birth in 1984.  It was developed by two Russians, and I would argue it’s the best thing to ever come from that country (including the space program!).  The individual pieces are called Tetriminos.  You can find all sorts of Tetris-inspired memorabilia.  I have a board game called Tetris link and Matt made me Tetrimino shelves: 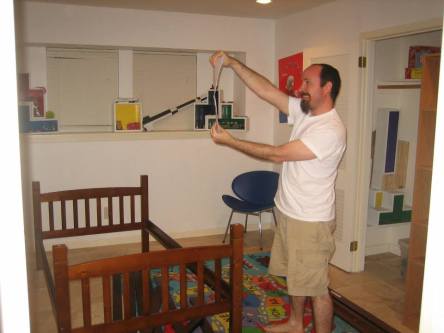 My favorite version will always be the NES version, simply because it was the first one to get me hooked.  I have played many, many different versions of it, but this one is still one of the best.  Not to brag, but I’m pretty good at it.  If you have somehow never played it, just do a Google search for it and you’ll find a version free online.