I owe an apology to the people of the Fallout Universe (at least in games 3 and 4).  I have been quite judgmental as I have played over the years.  I could not understand why they could not take just a small bit of time and clean up their homes a bit.  I mean, you could hardly turn around without running into this stuff:

Yep, that’s cleaning powder.  I reckon it’s similar to Comet.  So why couldn’t they use the darn stuff?  Everywhere you go in the Fallout world, the interiors of the houses look like this: 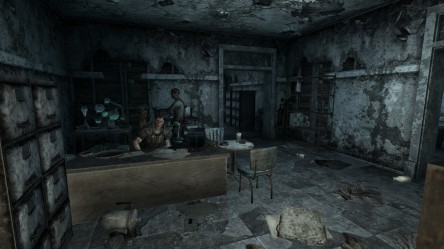 If I lived there, I would surely try to clean it with that abundant cleaning powder, right?  I had thought so up until recently.  Now my own home looks like this: 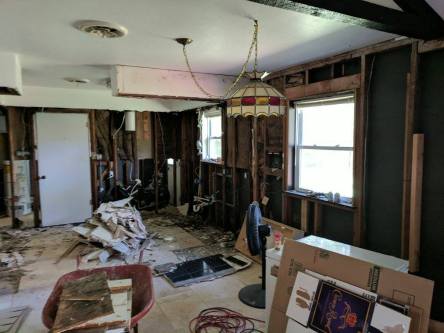 It’s been that way for over a month, but have I picked up any Comet to start cleaning?  No!  Why not?  Because I know it doesn’t matter right now.  It’s just going to become an even bigger mess later as the contractor comes in and fixes it.  Not only that, but just being in the house drains all of my energy.

I assume that the people of Fallout must have felt similarly after their disaster.  Many of them probably evacuated from the worst areas.  For those who stayed, I’m sure they simply didn’t have the energy to clean up.  People of Fallout, I sincerely apologize.